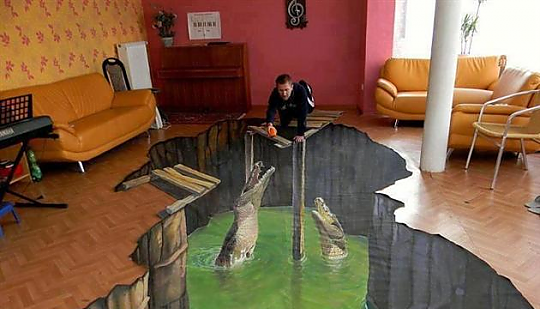 Often times my clients, ranging from business owners to public speakers, feel compelled to seek out an editor or consultant because they are stuck. They have written in different Word documents, sometimes on napkins, and sometimes they just call me when they have a sudden burst of ideas at 11:30 P.M. They simply don’t know how to organize the sporadic gifts that are born from inspiration and instead spend more time ruling some of these out. As an editor, I have found, it is not the comma splice nor the clause agreement that entices writers to seek an editor, it is  the doubt authors cast on their own creation.

The diverse ways humans conjure and project their needs, feelings, or observations to their audience is something I have had the pleasure of studying as an editor. There is no single way to write, and there is no single way to edit. Planning inspiration is like planning where the first drop of rain will fall. Treating writing like a mechanical feat of topic sentences, supporting sentences, and a conclusion obstructs the freedom that writing brings. So, forget about it. For the time being, forget about rules. In a world of law and social norms, let’s just create a new world where everything can happen. When you write,  just write. Get the ideas out, explain what you can with the words you have at that moment. When you pick up later, you will go back and reread, change things, and potentially have those glorious Ah-ha! moments.

Part of my job is to coax ideas and thoughts out of writers. And when I do, I constantly get the question, “Are you sure this isn’t off topic or too much?”

I recently worked with a client in constructing their statement of purpose. I have my own little formula for people to follow, and so far, it has worked. But every single time I ask for more explanation, another example,or  further exploration, I get a startled writer who asks, “But what about the word count?”

It is easier to trim a tree than to grow a healthy one. Words can be trimmed and redundancy chopped. It’s the idea I am after.

Indeed rules govern our interactions to some extent, and a writer suddenly being free of obligation needs some guidance, not in writing, but in being free! Writer’s block, that point in the night where we feel frustrated and start to Youtube videos of kittens or rampaging bears (my favorite) start to distract us. We blame the ideas for our lack of enthusiasm or confidence. But writer’s block is exactly that, the writer is blocking the flow. Our brain’s are constantly gushing ideas, interpretations, feelings, and thoughts–to block that means building one hell of a dam! Even when we sleep, synaptic gaps keep sparking electric knowledge and light our cognitive pathways. How then, do we convince ourselves that we have run out of ideas? Is that even possible?

Desire plays a fundamental role in our direction or our purpose. Whereas the idea that we produce is undesirable at that moment, we demean it altogether and toss it into the trash for good. Ideas can be revamped, restored, and revisited. They can be assessed from new vantage points. They are not cemented in a time or setting. They are free. What is alarming is the sense of value we attribute to our own ideas–that a good idea is like a good chair. It gets the job done in any context.  Usage dictates our value system, and ideas that cannot be used at that point are seen as without value. Ideas can be timeless and priceless.Writers and thinkers can value every single bad or good idea equally, on the basis that laborious thought was invested to create that idea.

On many occasions, I have edited a book and found that something was missing.  I could sense that it was withheld from the book because the author was withholding it from themselves.  It is understandable. This can sometimes be a reflection of a traumatic event  or some painful truth. Writer’s block becomes an emotional one.

Many writers tell me, “There was just so much going on in my life, that I could not go back and digest this and bring closure to myself.”

I could tell that something was once there but removed before it reached me, or that there was something that was too emotional to confront at that time of writing. The entire topic is avoided as a result, despite the author’s writing dancing around their personal taboo topic. Other times it is an idea the writer is hesitant to apply because they feel they do not have the worldly credentials or Harvard degree to discuss them. And other times, most typically, the author thinks what they wrote is stupid.  But when I ask for it, when I suggest that they should indeed pursue a few paragraphs about this topic, a ready file is sent within a matter of minutes. Sometimes even seconds.

The writing was already done–but it was being blocked from entering the editorial process. If the author is overly critical of their content, there is no way they will surrender it to the critical eyes of an editor.  The answer is there, it is written, they thought about it. But actualizing thoughts into presentable writing was prevented by internalized fears.

The feeling writers get when they realize the importance of that missing text to the cohesiveness of their work brings them a sense of peace. I can sense it in their voices when they say, “Actually I wrote about this, but I just didn’t think it would fit.”

The writing block is not only about writing per se, but about the self and actualization.

While at the San Diego Zoo a few months ago, my daughter had been observing a crocodile from behind the glass, eye to eye, when it suddenly snapped a fish in half and inhaled it in one stride. While she screamed and jumped away from the thick glass, the alligator just stared at her. People laughed  when her toddler cries broke their silent observation of the beast. One young man approached me and said, as if a bad omen had befallen, “Well, that’s her iconic childhood traumatic experience.”

Indeed it was to some extent, and she has not forgotten it since. We are working on it. I sat with her for twenty minutes by the glass and held her hand, telling her that she ate fish just the same (she loves crab legs), and that the crocodile had to eat just like anyone else. For the past few months, we have watched countless documentaries on Animal Planet or cartoons of alligators, read story books about alligators, and played with stuffed animal alligators and alligator toys. Now she looks at these creatures with wonder, and she always reminds herself vocally, “Mama, alligator ate the fish!”

Her father, in fact, has an extreme, debilitating phobia of snakes. One summer when he was three, snakes were spotted in a few of the neighbors’ houses in his village. The uproar and hunt for these snakes stuck with him. Fast forward to 2012, when we were shopping for a flat screen TV at an electronic store in Kuwait City, the looping video on all fifty display T.Vs had a giant snake bobbing its head from behind a leaf. I was four months pregnant at the time. He went from a cool tan to a creamy white. I grabbed his hand as beads of sweat formed at his temples and his body grew limp, and we shuffled out mid-sentence during a conversation with a salesman. He could hardly catch his breath.

We did not buy a T.V. that day. I had never seen anyone have a phobic reaction besides on the show Maury. I did not want my daughter to faint or break into a cold sweat every time someone mentioned an alligator.

I did not want an idea, notion, nor judgment to ever cause anyone that much stress.

I got to the point, being a mother, that it was necessary to have a plan. I even dreamed of alligators. Alligators in the living room. Alligators in the backyard. Alligators during a high school reunion.  In the dream, they stopped me from something or somewhere I had to be. And in my dreams, I eventually came to master a technique move, a cross between a running back charging towards the end zone and Stephen Curry’s awkwardly successful flick of the wrist. I became a master of alligator escape. That is what I do as an editor.

When we write, we have to look our inhibitions in the eye and accept them.  The crocodile smiles, fully aware  you will not likely risk crossing its path. Self-doubt is debilitating. After snapping that fish in half and eating it, the alligator just sat there beneath water, eyes open, and I could almost see our faces there in its crescent pupils.

We have fears. We have judgments. Yet these shouldn’t establish a life of binaries. Accept who you are, accept what you have come to create. Accept who you have come to be. When the boundaries start to fall, when you disarm the judgment and use it to expand your writing, you will see your work as an extension of you, another limb or another eye or ear. You will grow.

In finding freedom in writing, you will come to find that you also have freedom in your life–the freedom to choose, to adjust, to strengthen, weaken. This is your life. Share that life with the paper upon which you write, and make it whole!

iThere are no comments

Begin typing your search above and press return to search. Press Esc to cancel.